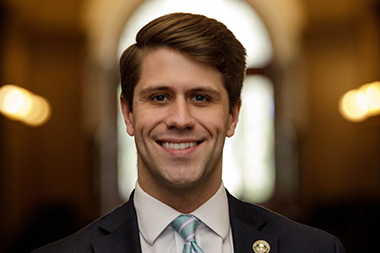 Michael is a third-year student at the University of South Carolina School of Law. He is the president of the Student Bar Association, a student member of the John Belton O’Neall Inn of Court, and a member of the school’s nationally-ranked Mock Trial Bar. Additionally, Michael interned for Judge Dennis W. Shedd of the U.S. Court of Appeals for the Fourth Circuit during the summer of 2020.

Eager to begin his legal career, and use his education and experience to help people in need, Michael is excited at the many opportunities to do just that at the Samuels Reynolds Law Firm.

In his free time, Michael enjoys Gamecock athletics, playing golf, and pick-up basketball with friends, as well as being involved in his church in downtown Columbia. Great people willing to help you get the peace of mind that you need!

- MARIO CRUZ
CONTACT US TO DISCUSS YOUR CASE FOR FREE